the flag lying limp is
curtains
then moving

and all the people
waving with the weaves

slowly disappearing
in contortions
then snapping back
into focus 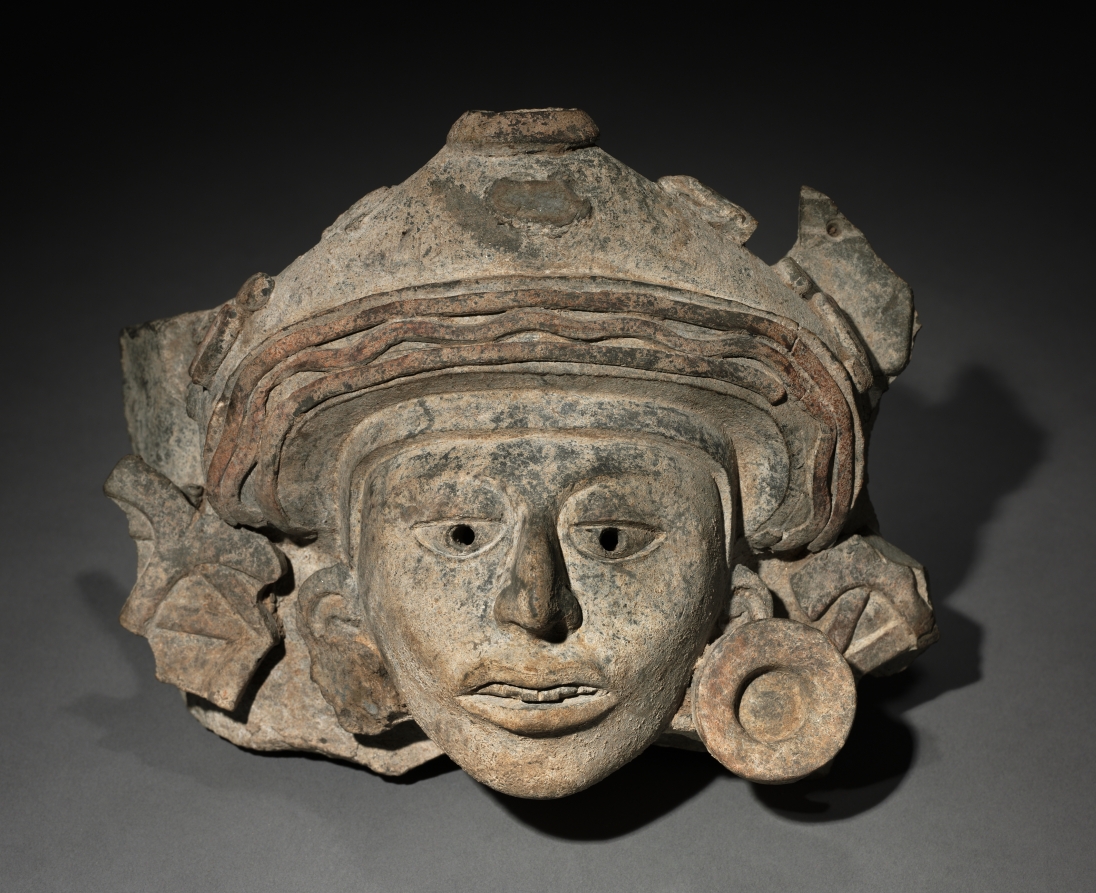 does the baseness of their
mutations
reflect the people’s
self-perception?

Shuffling quiet feet on bare boards
and the whispered unscrolling of glass doors
give me place
but misted mountains
remove my condition of permanence
lost in the fixed replica
of one man’s dream
given to me by the humanity
lying in his sacrifice:
the removal of something private
for the public

Look closely:
specks of people fish and boat
and walk the length of silk
not knowing they are preserved
in space and time
thinking only as we do
stepping back across the room

Where did you go?
just below the surface
always
working to remain above
the noise above the flowing
inconsistent turmoil

I wait for your return
knowing movement
rests beneath stillness

I met a dentist at a small apartment party. I walked in knowing the hostess from two short but stimulating previous encounters, and as a stranger to everyone else. By 3am I was rapping with nearly everyone. Not because of anything I did, except wander, but because the hostess drew people to her of such varying passions that we couldn’t help but get along. This place, these people, were a magnet to good form and trust, and I sensed it when I walked in, and soon breathed out the stress and undue fears I’d built up on my drive over, faced with an unfamiliar situation and unfamiliar people, an anxiety I work to overcome at every new social encounter, and sometimes with old ones, and sometimes with past ones and made up ones.

How else could you explain a guy telling me that he was a BME, but not really, that the change he underwent and wants to undergo is too long to get into, then a minute later getting into it, passionate about EMS and paramedics, telling with fervor in his eyes he has to do it despite its unconventionality given an atmosphere like Case. I saw he had no choice, and commended him for being brave and true and making it.

Or the guy who ten minutes after introductions found me telling him about the kids book I’m writing, the story I’ve only been able to share with a few closest friends, the story that at once embarrasses and invigorates me, diminishes and expands me, of which I hesitate to offer a synopsis to anyone for fear of finding my story incomplete, nonsensical, all in my head.
And he listened., and softly in so few words but mostly with the silent languages told me he loved it, then told me later how he’s a scientist taking a children’s lit class, so we rapped about A Wrinkle in Time and The Phantom Tollbooth and The Pushcart War.

Or running into an old friend, not a friend, new friend, the roommate of a freshman love from 250 miles and six year away, a face from a distant past I never dreamed I would see again, who I barely knew but represents an image of a different time and person and state. Who told me, exhausted, of her work as a speech pathologist, who told me of the flaws in the system, of the lack of care, of how her care is how she proceeds and treats and does her job, and wouldn’t it be nice if everyone just did their job? Of yoga in clinics and communicating with the nonverbal, the autistic, the neglected. How they can talk just as (un)clearly as we can(not). That to point to objects is a huge first step; to say what you need is the first step to saying what you love and understanding yourself.

I met a visiting childhood friend of the hostess and was amazed how sixteen years can maintain a bond and what it must be like to watch each other grow and was impressed at the resolve and commitment that takes, trying to figure out why my oldest friend is from 8th grade, what happened. Then I remembered my siblings and felt my love blossom and remembered my parents and saw that they grew too, are constantly growing, and what a privilege to watch and take part. And realized friendships change as you grow and move and get busy, that to maintain a friendship takes the humility to reach out when you can, and accept outreach when it’s given, no matter the time gap in between.

And the dentist from Brooklyn, I think Brooklyn, I assume, because of his style and flavor and flair. And accent and hand gestures. Who’s still a student but made lessons on teeth inviting, guessing correctly our past orthodontic care, who swished his scarf across his neck “Ayy, badda bing badda boom, just like that, make sure you floss.”
Who told me a dentist is a therapist, that if the patient trusts you you’re 50% of the way there, 50% of the way to a successful operation.
That he went to Israel for a sabbatical and knew it was a dream but that he must hold on to it, retain the feeling of good will and peace, bring it back to the real world, and he said he did, he has. I told him that’s cuz it’s all the real world, and he paused then laughed a big laugh and I could’ve sworn I was on a mountainside surrounded by big trees and fellow thru-hikers, white blazes up ahead, living purely and in the moment, for the moment, and for retention, when really to retain is to live momentarily. He said he was a Jew and spiritual and I said I wasn’t a Jew and spiritual, and he asked what I was and after several moments of thought told him the closest I could say is a transcendentalist. At his puzzled look I had the distinct honor and privilege of introducing him to Walden Pond.

But really, I think, through all these people, these free sprits and movers, I met a hostess, who I could describe with another thousand words but will instead rely on the past thousand. They in part and collectively paint a portrait of her; these people were chosen, and chose her in turn, and that reflection is no closer or further from the truth than anything else.
People of this quality and these qualities don’t just happen to appear together. They are drawn by something. So I do my best to draw them here, and am thankful to be a part of it.

On my drive home I passed a herd of deer standing in the road across the medium from me. I flashed my brights at the oncoming car and watched through my mirrors with growing apprehension as he didn’t slow down then the quick flash of brake lights as the deer scattered and again with the acceleration. I couldn’t see if any got hit. I didn’t go back to check. Louis CK once said deer are rats with hooves, and I laughed, because there are too many of them, and they’re the reason we never have flowers in our yard. That and my mom’s red thumb. I really don’t particularly care for deer. A coyote killing a deer and hired gunmen in the Metroparks are both acts to restore balance, but maybe we should take a closer look at why things are out of balance. Of course, assigning blame, and for that matter purpose, in the animal kingdom is purely human and arbitrary, and I’m sure the other driver didn’t want to hit a deer. He was just distracted. What’s distracting you? I ran the curb as I stared frantically in my rear view mirror then crawled home. That distraction cost me a few scratches on my hubcaps. The distractions of the past months where the impetus for meeting people slipped through my fingers cost me a hundred lives I could have known and dozens of these dust motes I call blog entries. But given enough dust motes, enough time and the right forces providing balance, our home was born and proceeded to careen around the Sun a couple billion times. Then you were born. I’ve had the good fortune of meeting most of you who read this. I’ve even been lucky enough to love some of you. I know it’s not our prerogative to bring dust motes together to form planets and stars, so please don’t feel that burden. But it is our burden to be conscious of our actions and the actions of those around us, and to relate them intimately to our Universe. It is our burden to pay attention. So I will strive to be a more attentive driver, and love the people I meet. Maybe I’ll even be lucky enough to find a few words to string together, to let you in on my world as I hope you’ll let me in on yours. At the very least, I promise to always flash my brights a couple times.

and looking out onto the quiet hillside
where studded against dark passion
lay mottled specks of trees and grasses
blowing vacantly, vacuously
I turned and walked home

The full moon looked like so much effort
The voices, distant now, were left in my glass
where quietly they looked at each other, confused
The voices, the angels, the tempters of peace
and knowledge sprouted like budding like
thoughts on the wing of quiet contemplation
now stilled

Something around the streetlamp
and the asphalt, double yellow line
slicing into the distant towns
townhouses crowded with babies
and mothers and brothers and sisters
and I cut my path through the night

Something around the moon hazed
softly and around the babies
and mothers and brothers and sisters
and lovers awake in their beds
and I – now stopped, now standing
silently erect – faced the moon
and cried

The moon set over the hillside as the gray
break of dawn lifted the ashen skies
and, too late, I realized it wasn’t me –
the voices, the angels, the tempters of fate
– it surrounded, engulfed in purity
like the darkness that gives streetlamps
their light
……… it wasn’t me
it was the night

translating peeping frogs’ calls
with their metronomic messages of love

– where you swore to never ever
be bored again

You were flanked by an angel
looked heavenward
with a face of pale tearing
and tears of stale failing
but here
here you just sat winged by desk legs
“Hyde & Smith, how may I help you?”

I stood in the waiting room
with the art and anxiety
wondering how long one was supposed to pace
how long the phone to ring
how long society to perch on –
“Hyde & Smith, how may I help you?”
– mirrors of infinite regression
or progression whoever knows which anymore

I gathered a million of my closest friends around me to run blindfolded through the forest. Our goal was to make it to the other side without hitting a tree. None of us did, which is a shame because we were trying to recreate that glorious impossibility of sperm meeting egg.

“You have your facts wrong,” one of my friends said to me.

“This doesn’t realistically recreate anything,” he continued despite my glare.

He was the first one to hit a tree.

He ended up not being born.

Look those angles, that lightning. He's on his way

Khajit has wares if you have coin #catsofinstagram

We tried to take her for a walk. She spent most of