Last night I went to Regal Cinemas at Severance Town Center with a good buddy of mine to watch the sequels to Kung Fu Panda and The Hangover, two of my favorite movies. I was expecting a night filled with laughter and hilarity, but these films exceeded all my expectations. It is rare that a sequel even matches the quality of the original, but in my opinion, both of these sequels exceeded the quality of their predecessors. I warn you, there are some spoilers in my commentary, so you may not want to read it if you haven’t seen the movies. 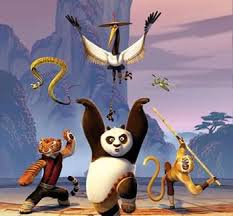 The first Kung Fu Panda is my favorite modern animated film (nothing will ever beat the classic Lion King). I enjoyed it because of its sophisticated philosophical content. It commented on identity issues which are relevant to most in some way or another. The voice acting and animation did a perfect job of conveying the precise emotions that we all feel when dealing with our parents, hopes and dreams, and those we admire. I feared that the second release would sacrifice this intricate emotional commentary in favor of humor and entertainment, which sequels tend to do because they are produced hastily and designed largely to make money. Kung Fu Panda 2 did add a great deal of humor and entertainment, though not at the sacrifice of everything I loved about the original film. The movie shows Po facing a new villain, Shen the Peacock. Shen was exiled from his childhood home by his parents, the peacock rulers of the kingdom, the kingdom to which Shen was heir. He has spent his life building a devastating weapon which will allow him, with his army of wolves serving him, to take back his throne and conquer the world. A soothsayer (an old sassy goat) had predicted that Shen will be defeated by a warrior of black and white, and so Shen had decided to attack and exterminate all the pandas. This plot line leads us to discover Po’s true origins because, shockingly enough, the goose is not his real father. The movie is action packed and hilarious. Not only that, Shen’s emotional construct is intricate and complicated, and it is revealed through great animation and voice acting. Po’s identity issues are devoted the same attention. Also, the movie isn’t terribly predictable or cliche. In fact, the ending was incredible and completely unexpected. I won’t tell you what happened, but it’s pretty clear that there will be a third film. The only criticism I have is that some of the new characters seemed forced, and did not have an adequate back story. This left a few holes in the plot which made it feel a bit incomplete. Aside from that, however, the movie was superb.

On to The Hangover 2. Absurdly funny is perhaps the most appropriate way to describe this movie. I can safely say it is the funniest movie I have ever seen, even more so than the first. The movie makes it perfectly clear from the beginning that the viewer is in for something unbelievably ridiculous. This movie finds “the wolfpack” journeying to Thailand for Stu’s wedding to a really hot Thai girl. The typical family issue of the asshole stepfather is present, but some brilliant writing makes it vibrant and different. Stu’s bride’s little brother, Teddy, is the new character of focus in the film. He is a 16 year old Stanford pre-med student, and Alan immediately takes a dislike to him, fearing that he may change the wolfpack forever. Alan makes a plan to spike a bag of marshmallows with muscle relaxant and ADHD medication and give them to Teddy, thereby knocking him out. Unfortunately,  two bags of marshmallows get switched, and the group of friends find themselves waking up in a shady hotel in Bangkok, completely unaware of what happened the night before. Teddy is missing, and his severed finger is found in a bowl of water in the room, along with a monkey wearing a vest. The rest of the film includes the monkey giving Mr. Chou oral sex, Phil getting shot, Stu having sex with a Thai transvestite, and much much more. I cannot say anything bad about this movie. It is unerringly creative and unpredictable in its story line. Every twist is unexpected, and every moment throughout the film is gut wrenchingly funny. If you don’t think this movie is funny, something is clearly wrong with you. Enough said.

Today we discuss the importance of presentation. T

If I don't come home from Prague, the Illuminati i